The service unit provides practical service to Naalakkersuisut, Inatsisartut, the central administration, the Self-Government companies and the municipalities and is responsible for the office’s daily operations, such as cleaning, payroll, accounting, information and IT.

Naalakkersuisoq is the Prime minister, whereas the members of the Cabinet are the Naalakkersuisut. The Government must comply with the Danish Constitution. In June 21st 2009, Folketinget (the Danish Parliament) adopted the law “Act on Greenland Self-Government”. The Act is based on an agreement between Naalakkersuisut and the Danish Government, giving Greenland the authority to exercise legislative and executive power in the fields of the responsibilities taken. 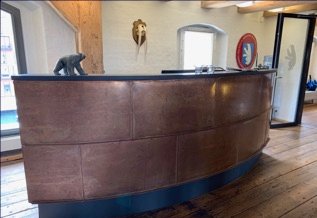